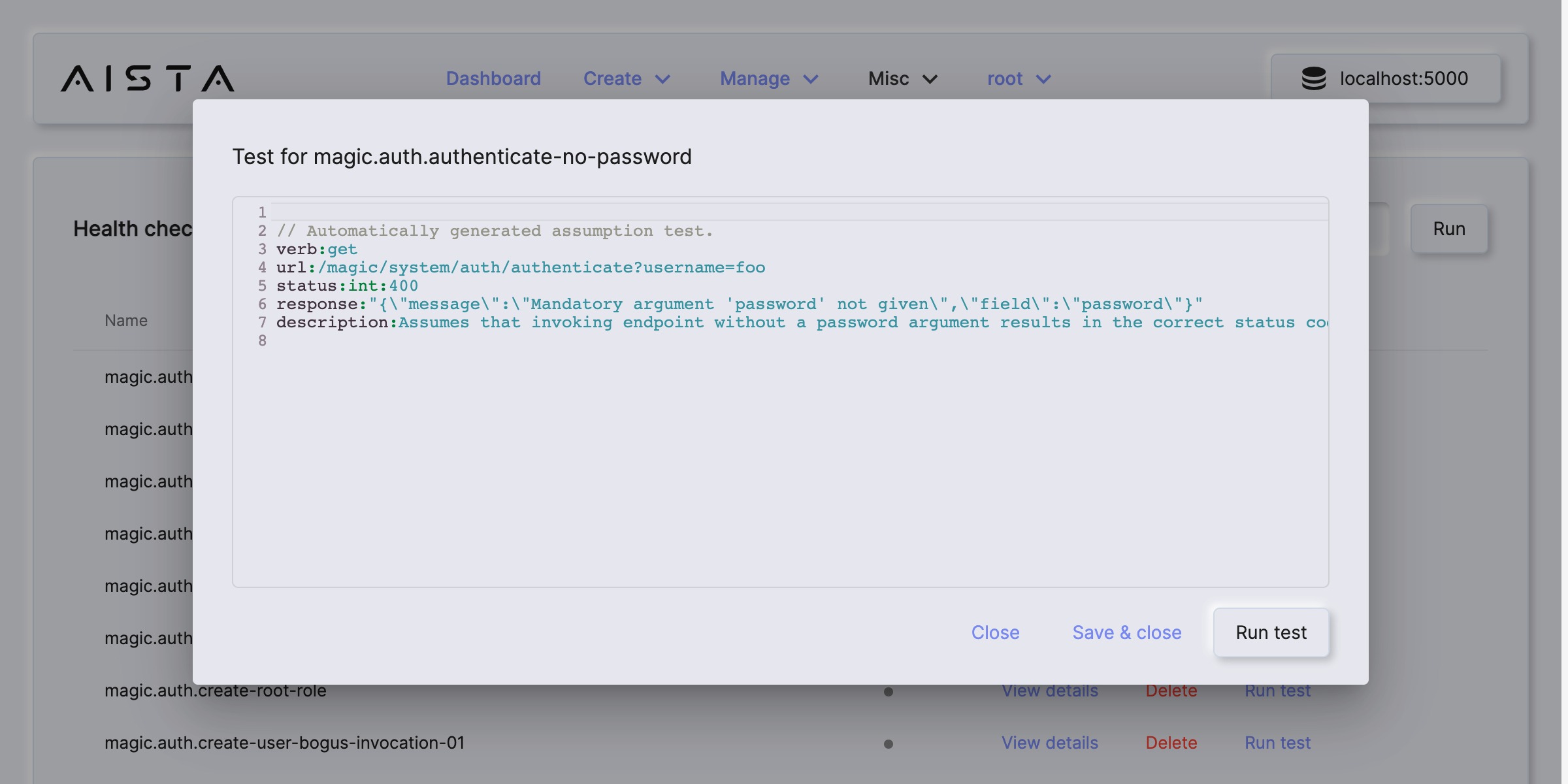 The assumptions component allows you to run all your assumptions automatically by clicking the “play” button in the top/right corner. This will sequentially execute all assumptions in the system, and if one of your assumptions fails for some reasons, it will show you which assumption failed, easily allowing you to determine which part of your system is not functioning as it should. This results in a similar security mechanism as unit tests provides you with, except assumptions are technically integration tests and not really unit tests, and such tests your system from a much higher level.

Magic creates such assumptions automatically for you, eliminating the need to manually write test code. To create your own assumption open up your “Endpoints” menu item, find an endpoint, invoke it somehow, and create a new assumption after having invoked your endpoint. Below is a screenshot of this process. 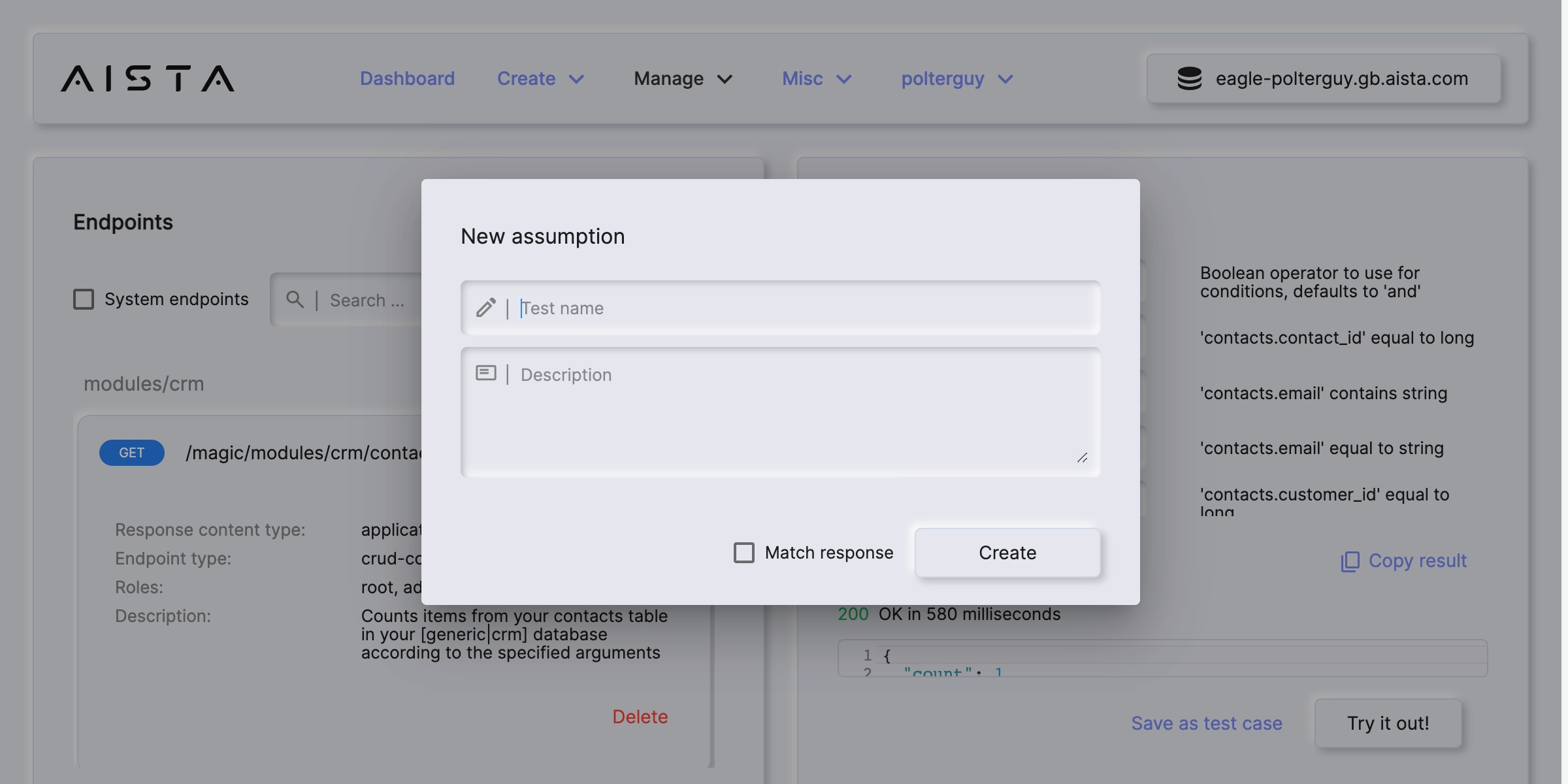 If you click the above “Match response” checkbox the response returned from the server needs to be the exact same in the future, which depending upon your endpoint’s semantics might or might not be a correct assumption. Obviously, for assumptions reading data from database tables that could somehow change their content over time, you should not match the response. If you don’t click the checkbox, it will only verify the status code your server returns. You can also create assumptions for error status codes, such as for instance; “If I invoke a non-existing endpoint a 404 status code should be returned from the server”. As you create an assumption, what happens is that Magic “records” your HTTP invocation, persist its response, and allows you to automatically “replay” your invocation assuming its HTTP response will be similar as you replay your assumption.

You can also manually create assumptions that contains any amount of Hyperlambda you need to verify your system is optimally functioning. This is done by creating a Hyperlambda file, store this file in your “/etc/tests/” folder, and put content into it resembling the following.

The idea is to have your assumption throw an exception if something is wrong. This allows you to create “unit tests” where you somehow verify that your system is functioning correct, by for instance invoking dynamically created slots, with assumptions about their return values, etc.